DataHub used for connectivity and integration on $10 billion project

Situated on an island in the St. Lawrence River, the City of Montreal in Quebec, Canada has been blessed with an abundant supply of water. Yet ensuring that clean, fresh water reaches the city’s millions of residents every day requires constant attention. In 2004, the City of Montreal embarked on a 20-year, 10 billion dollar project to upgrade the quality of drinking water production and distribution in the city. This initiative includes better metering, infrastructure repair, new purification systems, and plant upgrades. The goal is to improve efficiency throughout the system. 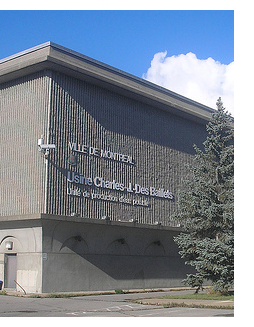 As part of this project, water resource engineers at the Charles J. Des Baillets plant’s head office were recently given the job of integrating the production data from all of the city’s seven pumping stations. Their task was to provide a reliable and secure way to bring key data from those satellite plants into a central control location for storage and analysis.

The data is available on SCADA systems at each pumping plant, accessed through OPC servers. However, networking this vital data proved to be a challenge. Networking OPC DA using DCOM was neither reliable nor secure, so the engineering team decided to use OPC tunneling. They tried several popular OPC tunneling products, and the only one that worked well was the Cogent DataHub®.

The data collection and redistribution architecture that the project planners had in mind was quite complex. Primarily, they needed to collect data from all of the remote stations in a highly secure way, and log it at their central control location. Neither the central client nor anyone else should be able to write back to the OPC servers. They also needed to send the collected data to a third location for the company’s IT staff, and bridge to other OPC servers there. In addition, each pumping station needed to receive some of the data collected from the other pumping stations. And finally, some of the pumping stations were running fully redundant SCADA systems, so they needed redundancy built into the system at those locations.

“We started by connecting the Pierrefonds plant and the central location in Atwater for logging the data, with a second tunnel to the IT office for analytical use of the data,” said the project manager. “We had a few initial issues related to configuration and network addresses, and Cogent’s quick response was very helpful to resolve them. After this first experience with the DataHub, we were very enthusiastic to apply this solution to the rest of the plants in Montreal.”

As each location came online, while they were configuring the tunneling to the central office, the team realized that they had the necessary tool to share the data securely between satellite locations. On the DataHub at the central office they established a separate data domain for each plant, and created a read-only tunnel to receive the data. Then at each plant, they created a read-only tunnel from their local DataHub to the central DataHub to get the data from each of the other plants. This gave the operators at each plant a complete picture of what was going on throughout the system.

“To make intelligent decisions at a satellite plant, it is very helpful to know what’s happening across the city,” the project manager said. “Since all the data was there in the DataHub anyway, we decided to use it.”

With data logging and secure tunneling in place, the next feature to implement was redundancy. Several locations had completely redundant SCADA systems, each with its own OPC server. With help from Cogent, the team was able to establish a connection to the redundant OPC servers such that if one server failed for any reason, the DataHub would start receiving data from the second OPC server.

“The system has been running for months without any problems, logging the data we need to stay efficient,” said the project manager. “We are very pleased with the high quality of the DataHub, its flexibility to do what we need, and with Cogent’s excellent technical support at every point of the way. The data integration aspect of the City of Montreal’s water system upgrade project is meeting or exceeding its goals.”